Not long ago I saw something entitled "asemic landscape" -- surely this is some kind of visual art, and not any kind of writing, visual or otherwise.

Your asemic sigils, Marco, are a very interesting contextualization for the word "asemic". I cannot think of a sigil as a visual poem. I appreciate that limitation very much.

The notion of asemic magick makes me hear, echoing deep in the crevices of my mind, what I imagine to be the sound of Aleister Crowley laughing (though maybe it is only Austin Osman Spare).

My formula and Sigils for sub-conscious activity are a means of inspiration, capacity or genius, and a means of accelerating evolution. An economy of energy and a method of learning by enjoyment.

For the construction of Sigils the ordinary alphabet is used. The desire for super-human strength could be formulated as follows: "I desire the strength of my tigers." In order to Sigilise this desire, put down on a piece of paper all the letters of which the sentence is composed, omitting all repetitions. The resulting sequence of letters, IDESRTHNGOFMY, is then combined and incorporated into your Sigil. ( This sequence of letters is called a glyph.) The wish, thus Sigilised, must then be forgotten; that is to say, the conscious mind must desist from thinking about it at any time other than the magickal time, for the belief becomes true and vital by striving against it in the consciousness and by giving it (the Sigil) form. Not by the striving of faith.

By virtue of the Sigil you are able to send your desire into the subconscious (the place where all dreams meet.) All desire, whether for pleasure or knowledge that cannot find natural expression, can by Sigils and their formulae find fulfilment via the subconscious.

Having quoted Spare, it would be unfair to neglect entirely the words of Crowley. Here he is from Liber 0:

In this book it is spoken of the Sephiroth and the Paths; of Spirits and Conjurations; of Gods, Spheres, Planes, and many other things which may or may not exist.

It is immaterial whether these exist or not. By doing certain things certain results will follow; students are most earnestly warned against attributing objective reality or philosophic validity to any of them.

/////////////////////////////
There is little danger that any student, however idle or stupid, will fail to get some result; but there is great danger that he will be led astray, obsessed and overwhelmed by his results, even though it be by those which it is necessary that he should attain. Too often, moreover, he mistaketh the first resting-place for the goal, and taketh off his armour as if he were a victor ere the fight is well begun.

It is desirable that the student should never attach to any result the importance which it at first seems to possess.

These rituals need not be slavishly imitated; on the contrary the student should do nothing the object of which he does not understand; also, if he have any capacity whatever, he will find his own crude rituals more effective than the highly polished ones of other people.

The general purpose of all this preparation is as follows:

5. Since the student is a man surrounded by material objects, if it be his wish to master one particular idea, he must make every material object about him directly suggest that idea. Thus in the ritual quoted, if his glance fall upon the lights, their number suggests Mercury; he smells the perfumes, and again Mercury is brought to his mind. In other words, the whole magical apparatus and ritual is a complex system of mnemonics.

It is a matter for very great regret that no simple and certain test of success in this practice exists.

So, to answer your question as succinctly as possible: yes, I like to think of asemic writing as a form of visual poetry, but I also understand and welcome the fact that it is not so for everyone.

Asemic texts, designated as such, began to appear in the houses of Tim Gaze and Jim Leftwich in 1998. Both of these poets seemed quickly to become obsessed with the process of making quasi-calligraphic works and calling them asemic writing. They made hundreds, thousands of these works, and set them loose in the mail art and small press poetry networks. Soon, Gaze was producing a magazine called Asemic. Leftwich completed the 10-issue run of his magazine, Juxta, and in 2000 launched its replacement, a network-based periodical entitled Xtant. Like Juxta, Xtant published experimental and visual poetries, and also began to include asemic writings. Soon Xtantbooks began to publish chapbooks of asemia. By 2004 critics like Geof Huth and Michael Basinski were writing very visible reviews of these publications.

Meanwhile, Tim Gaze was doing extensive research into the ancestors of asemic writing, citing Dotremont and Michaux in the first issue of his Asemic magazine. The history was important then, and it is important now.

I honestly don't see an asemic movement, but maybe that's only because my perspective is too skewed for me to be able to see it.  (I just don't care all that much about movements...)

That's enough for a small army.

Is asemic writing becoming a movement?

Tim Gaze replied: A few years ago, Carlos M Luis used the term "asemic movement" in an email to me. I was dubious, at first.

In 2008, considering that a post-grad architecture student has created a design titled Asemic Scapes, an artist in London has intervened with asemic writing at Deptford High Street railway station, Portuguese & Turkish translations of the term "asemic writing" are in existence, & more & more poeple are using the term "asemic", just to think of a few examples, maybe we can begin to speak of a movement.

I'm thinking more of a cultural movement, a visible change in society, rather than a particular group of artists. T-shirt designs with smashed up letters have been common here for a few years. Animated curlicues which resemble writing have been used in sophisticated television advertising for a few years, as well. I consider these to be manifestations of a large-scale trend by humans away from words, & towards non-verbal forms of visual communication. The artists who designed these t-shirts & animations probably aren't aware that there's a term for what they're creating, & that it is part of a larger trend or tendency.

I'm trying to stimulate a widespread explosion of awareness of & interest in asemic writing, comparable to the punk explosion in the late '70s. An unstoppable chain reaction, similar to the exponential release of neutrons when a critical mass of fissile material is assembled.

...like punk... I wish... I remember when Blank Generation by Richard Hell and The Voidoids landed on my desk at WQFS, the Guilford College radio station where I was music director in 1977... maybe that was sort of like the day I opened a large package from Tim Gaze and found dozens of xeroxed pages by Christian Dotremont... (I am making this up as I go along, but all of it so far is true.) I remember house shows with no-name bands on Monument Avenue in Richmond in the fall of 1978.. I remember going to Mabuhay Gardens just to be there, not caring in the least who was playing... I remember doing that a lot... I saw The Dead Kennedys 15 times... I could enjoy Asemic magazine even if no authors' names were listed.. I would return to all five issues of Asemic magazine even if no authors' names were listed in any of them...Does anyone want to be Jello Biafra, or Henry Rollins? No one ever wanted to be Darby Crash, not even Darby Crash.

in his preface to his 1999 book The Oxygen of Truth, Tim Gaze wrote: "I produce these works while physically excited but mentally still. Usually late at night, when stoned and drunk, with intense music such as drum’n’bass or dub reggae playing, in a “no mind” state. That is to say, the part of my mind that composes ideas into words and sentences is not operating. Rather, I make a mark, pause and look, make another mark and so on, until the page feels complete. There is an element of dance in my movement. An intuitive, rather than logical, process. Quite similar to Zen art."

...I think of this as a kind of writing-against-itself, maybe even a writing-that-is-no-writing... a writing-against-itself is a writing against The Self. one of the goals of this process -- a provisional goal, perhaps --  is to get into the "no mind" state, and to learn how to live there, how to move in and out, to teach oneself new patterns of thinking in the process through the contrasts.

did anyone ever really want to be a member of a movement? to watch oneself operate, a character in an alien narrative, always in the third-person singular, even among one's selves… 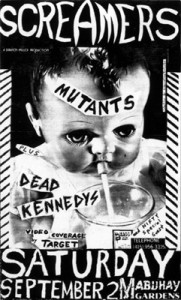 In my experience, asemic writing begins with text. The text is subjected to a series of processes. Some processes are recombinative, others are subtractive, others are improvisational and associational. A text is a mutagen when fed to itself repeatedly. In my experience, the origins of asemic calligraphy are in the shapes of the printed letters. The poem had already long ago broken the word into its syllables. We can say as a kind of historical shorthand that Marinetti broke the syllable into its letters -- and from the Italian Futurists to zaum, and on to Zurich, only 1909 to 1916 so far in this story, then out of that war and into the next, out and into Isou, and everything begins to unravel and replicate, concrete, constellations, the mimeo revolution (THE MIMEO REVOLUTION!)... to too much of everything, everywhere, all the time... the road of excess leads to the road of excess... Marinetti's parole in liberta as ornaments in our immersive environments... on billboards... on buses... on t-shirts... Text, even radical, avant-garde text, has become a weapon in the war against us, in our wars against ourselves... in the end was the word, and the word was SHIT. What to do in such a wor(l)d? Well, we have thought, some of those among us, more times than we can count, that maybe the time has come to wage war against the weapons, against the weapons being used against us... So, this is how we come to the current configurations of the concept of asemic writing... We were thinking about creating a temporary autonomous zone deep in the crevices of our minds... and then we were thinking about taking it to the streets. The practice of asemic writing was to have been a small part of our training manual.

thanks to Jim Leftwich || http://jimleftwichtextimagepoem.blogspot.it/

read all the other authors' answers at
https://scriptjr.nl/tag/4-questions