Ludwig Wittgenstein in Front of an Asemic Chalkboard 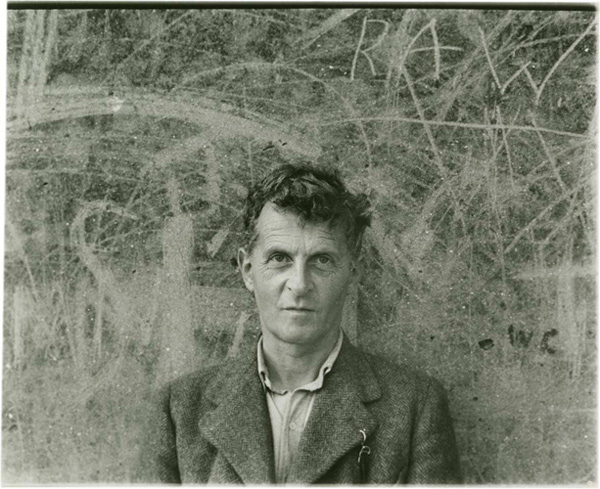 Ludwig Wittgenstein in front of an asemic chalkboard, a semantic "RAW" emerging from the elegant chaos (Swansea, Wales, 1947).

In addition to his important philosophical contributions, Wittgenstein was also an amateur photographer. Most of his photographs, including this one, are preserved in his archives which are housed at Cambridge University in the UK. They were featured in a 2011 exhibition that celebrated the 60th anniversary of Wittgenstein's death.